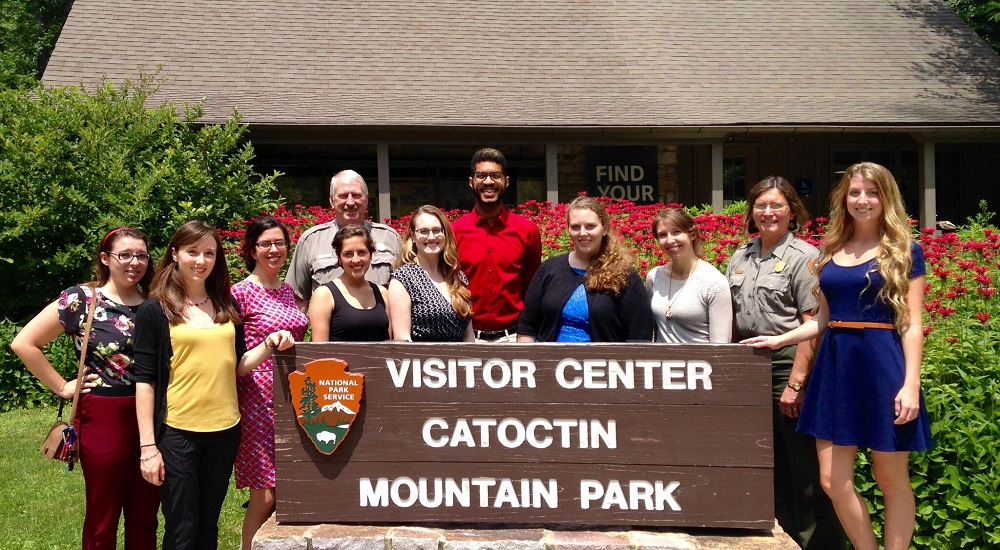 Interns Megan Kemp and Lindsey Beall, mentored by Jenell Walsh-Thomas, worked with Catoctin Mountain Park to develop materials that communicate how climate change impacts the park’s cultural resources. After exploring the Park and talking with rangers, webpage content was developed to tell the climate change stories of the cabin camps and the evolving energy resources around the Park. Nicole Coumes worked with Megan and Lindsey to develop effective infographics to feature in the webpages and in social media posts. In addition, Megan and Lindsey worked with videographer Emma Dacol to create a video featuring a recent artist-in-residence at Catoctin that painted the views from the vistas. The video communicates that climate change and associated poor air quality can negatively affect the vistas that draw so many visitors to the Park. Additionally, social media posts were written with the purpose of driving traffic to the new webpages. The materials the interns developed enable Catoctin to more effectively communicate about how climate change impacts the cultural resources, and motivate visitors to model Catoctin’s climate friendly actions in order to reduce emissions.