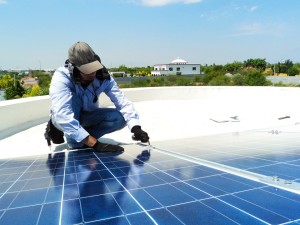 “While we can’t stop climate change in its tracks, we can limit it to less dangerous levels by reducing our emissions. Even if all human-related emissions of carbon dioxide and the other heat-trapping gases were to stop today, Earth’s temperature would continue to rise for a number of decades and then slowly begin to decline. However, focusing on short-lived types of emissions, such as methane and black carbon (soot), can reduce the rate of change in the near term. Because of the complex processes controlling carbon dioxide concentrations in the atmosphere, even after more than a thousand years, the global temperature would still be higher than it was in the pre-industrial period. As a result, without technological intervention, it will not be possible to totally reverse climate change. We do face a choice between a little more warming and lot more warming, however. The amount of future warming will depend on our future emissions.”