To the best of our knowledge, the 2017 March for Science was the largest ever public demonstration on behalf of science. What motivated so many people to show their support for science last spring by taking to the streets? Mason 4C researchers Teresa Myers, John Kotcher, John Cook, Lindsey Beall, and Ed Maibach had the opportunity to survey marchers and others who joined the March for Science’s listserv to answer that question.

Our survey showed that most participants were new to public demonstrations for science – for 9 out of 10, the 2017 March for Science was their first science-related public demonstration. The marchers had many goals, but the two goals shared by nearly all marchers were the desire to see scientific evidence used in policy making and sustaining public funding for research. Importantly, the march was more of a beginning than an end—nearly all participants were taking a variety of other advocacy actions to advance the goals that brought them to the march. 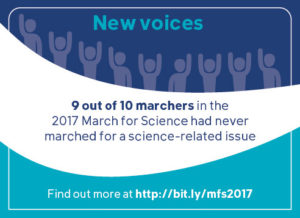 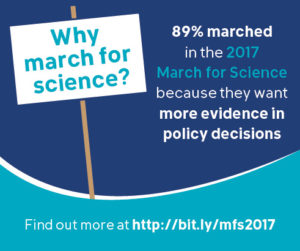 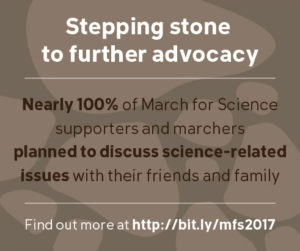 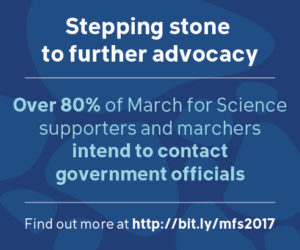 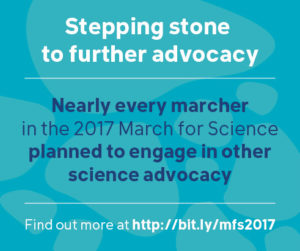 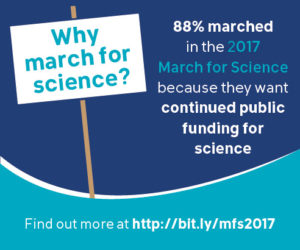