Americans Underestimate How Many Others in the U.S. Think Global Warming is Happening

Perceptions of what other people think and do can have a powerful influence on individuals’ own beliefs and actions. For example, research on household energy conservation demonstrates that individuals who consume a large amount of energy tend to decrease their energy use when they learn that their neighbors use less energy, and when they are told their peers approve of lower energy usage.

However, people tend to misjudge what the beliefs and actions of others actually are – a phenomenon known as pluralistic ignorance.

Some subgroups of Americans, including liberal Democrats and those with higher levels of education, more accurately estimate national public opinion about global warming (although even they underestimate the actual percentage). Conversely, other groups, such as conservative Republicans and people living in rural areas, are less accurate at estimating the opinions about global warming held by their fellow Americans.

We also find that about one in five Americans (19%) say they “don’t know” how many others in the U.S. think global warming is happening. Liberal Democrats are the least likely, while conservative Republicans are the most likely, to say they don’t know. 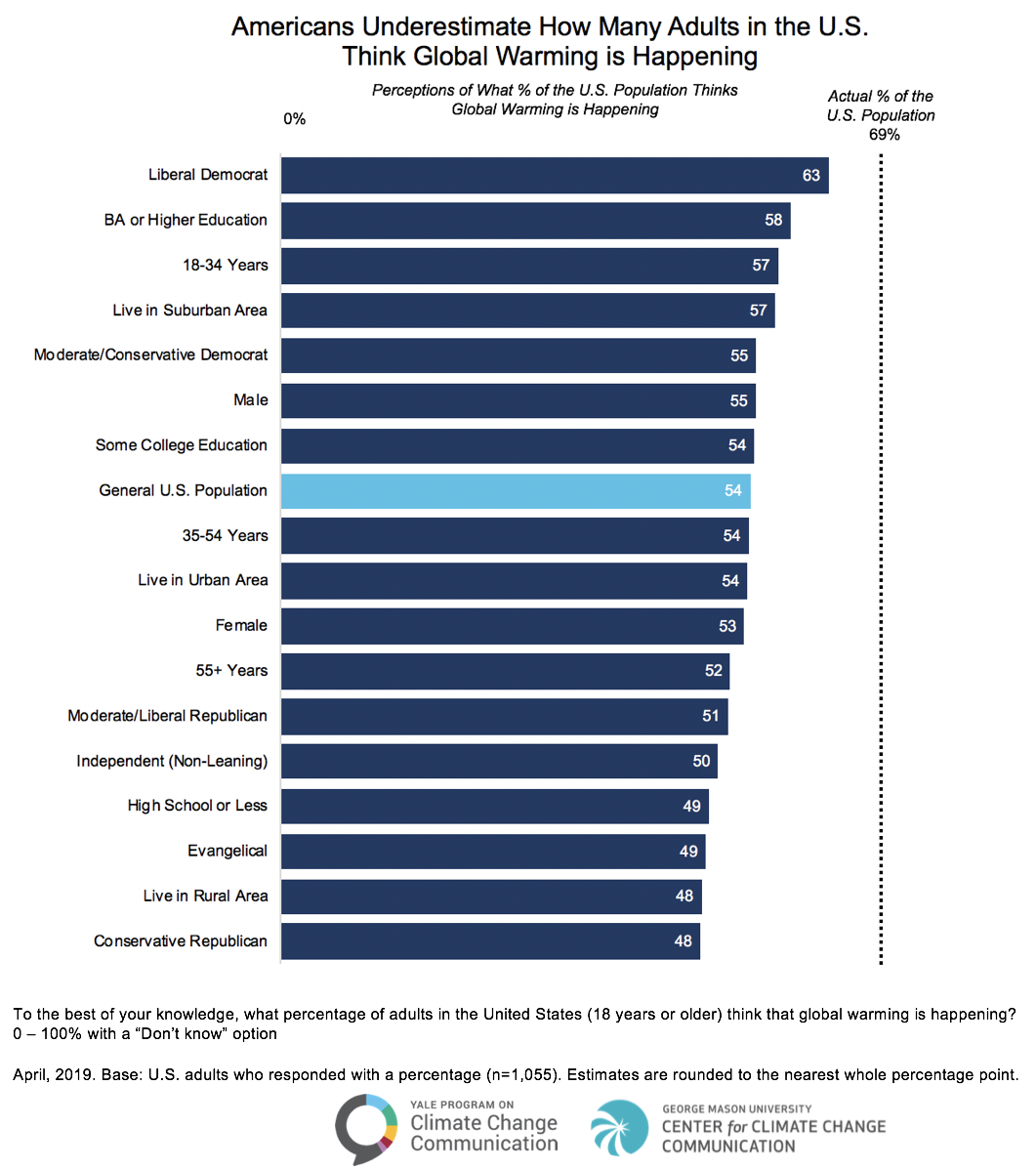 These findings are consistent with research that indicates that pluralistic ignorance about climate change is a barrier to discussion of the topic, because it leads to self-silencing. However, correcting this pluralistic ignorance and promoting the awareness that others are concerned about climate change can increase people’s own willingness to discuss it. Similarly, other research has shown that correcting misperceptions about the level of public support for climate policy can itself increase support for such policies. 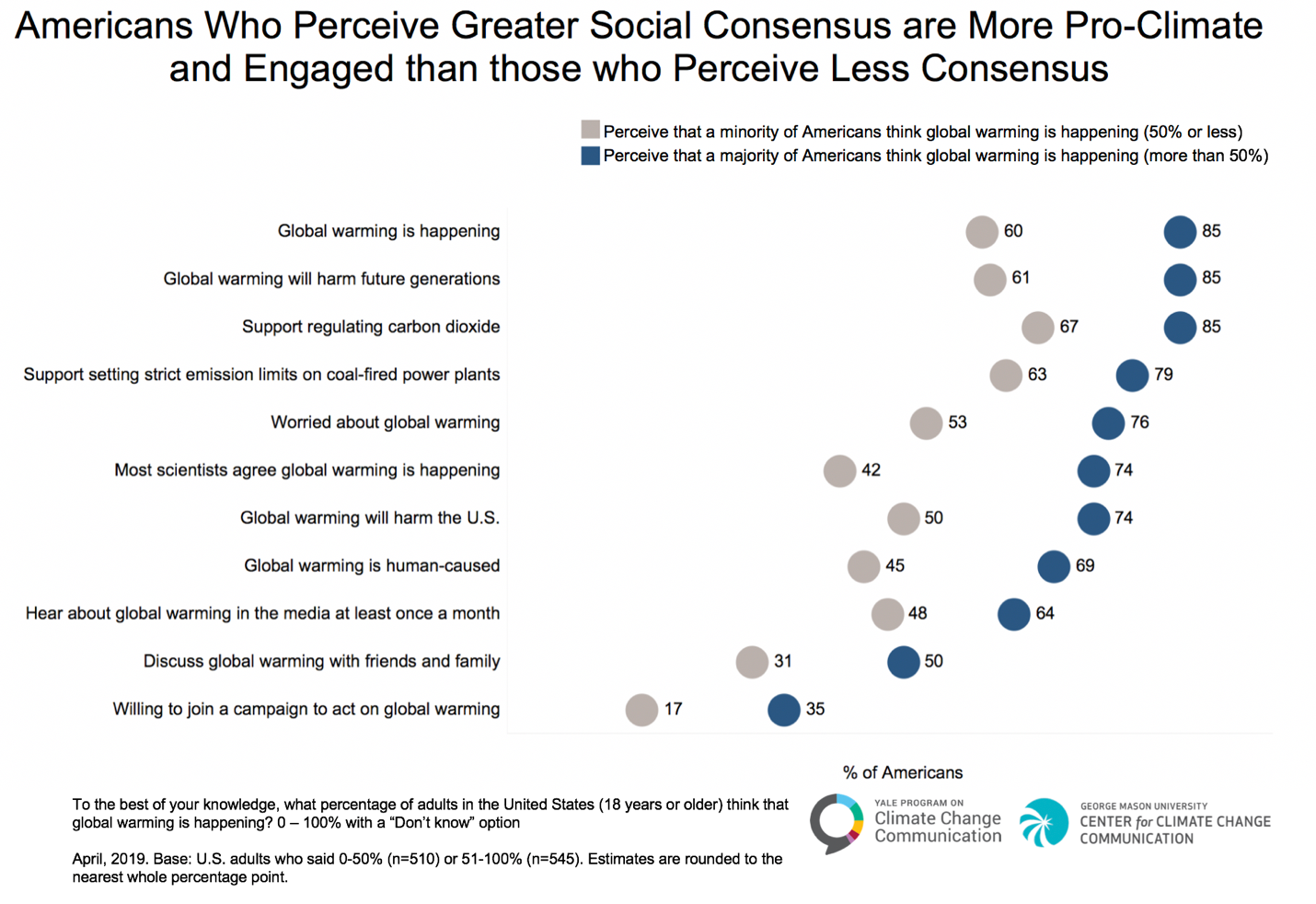 This relationship between perceptions of others’ views about climate change and one’s own beliefs and attitudes suggests new approaches to climate change communication. Helping the public understand that a majority of Americans already think global warming is happening, think it is a serious threat, and support climate policies can itself help build public understanding, acceptance, and support.

The data included in this report are based on the April 2019 Climate Change in the American Mind survey—a nationally-representative analysis of public opinion on climate change in the United States conducted by the Yale Program on Climate Change Communication and the George Mason University Center for Climate Change Communication. Using the Ipsos (formerly GfK) KnowledgePanel®, a representative online panel of U.S. adults (18+), surveys were conducted March 29 to April 8, 2019 (N = 1,291). The margin of error for the general U.S. population estimate is +/- 3 percentage points at the 95% confidence level. The margin of error for each subgroup is larger. All questionnaires were self-administered by respondents in a web-based environment. Data are weighted to align with U.S. Census parameters. For tabulation purposes, percentage points are rounded to the nearest whole number. For more information on survey methods, please review the April 2019 Climate Change in the American Mind report.